Back in 2016 I was asked to help with the decoration of the Supporters Dinner for The Big Bang Fair. This was held at the NEC in Birmingham on the 17th March.

The theme for the year was Maths and Space. With British astronaut Tim Peake in the International Space Station at the time it was important to link this science event with such a great promotion of British talent.

Using the mathematical qualities of origami and the endless possibilities that a simple piece of paper contains I quickly create a few options that fulfilled the initial brief.

The main goal was to create 40 centre pieces and due to the quantity we all agreed that it would be important to create some variations amongst the different pieces. Therefore the  option that most attracted the team and myself was one that merged both themes via Astronomy.

With the idea decided the centre pieces started taking shape. The base remind us of the moon, a rocket represented Space travel and different constellations linked the Maths side and how they have been used for centuries to determine distances and help with travel and navigation.

To make the centre pieces even more striking we decide that it would be great if they rotated to represent the movement of the stars (or the Earth if you want me to be more accurate) and each constellation star was lit up. The end result was absolutely amazing.

In the end 20 different constellations were used. Each one was chosen by their importance, popularity but also simplicity as they had to be linked and supported by a single central axis.

In addition to keep guests entertained during the event I was also asked to create interactive favours. This was done by giving each guest an envelope with origami paper and instructions to create their own origami rocket.

The event and favours were a success with some guests even taking (with permission) their centre pieces home. 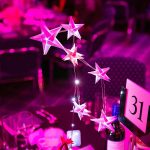 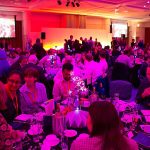 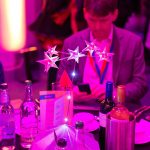 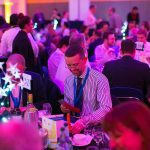 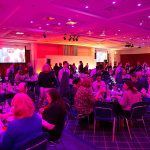 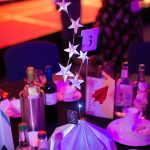 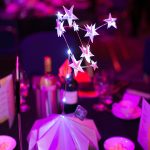 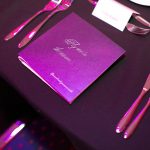 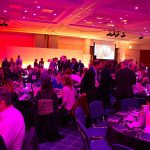 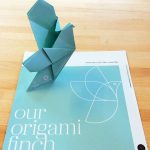 FinchesCorporate
We use cookies to ensure that we give you the best experience on our website. If you continue to use this site we will assume that you are happy with it.Ok